At the time, the main focus was on an interface equivalent to the upcoming WebSocket API that was in the process of standardization. I was lucky to receive a lot of feedback from the community at the time (including Node.JS’s creator) that helped shape the project into something significantly more useful.

There’s a lot to say about Socket.IO 1.0, so if you’re short in time, feel free to jump to the parts that are most interesting to you:

The Socket.IO codebase no longer deals with transports and browser incompatibilities. That work has been relegated to a new module we’ve been perfecting for months called Engine.IO that implements a WebSocket-like API.

The benefits of this particular modularization can’t be understated:

Socket.IO never assumes that WebSocket will just work, because in practice there’s a good chance that it won’t. Instead, it establishes a connection with XHR or JSONP right away, and then attempts to upgrade the connection to WebSocket. Compared to the fallback method which relies on timeouts, this means that none of your users will have a degraded experience.

This is good for a low-level API, which is why Engine.IO now supports it, but application developers most likely don’t want to send only blobs, or encode everything as a blob manually prior to sending it out.

To test how useful it would be to support binary in this particular way (and as a virtualization geek), I decided to replicate the Twitch Plays Pokemon experiment 100% in JavaScript. Using a JavaScript gameboy emulator, node-canvas, socket.io we came up with a server-rendered collaborative game that even works on IE8. Check it out on http://weplay.io (source code here).

The next experiment was to run an instance of QEMU running an image of Windows XP, in honor of its retirement. Every player gets a 15 second turn to control the machine. Check out the demo on http://socket.computer. Here’s a video of your typical inception scenario:

A key part of putting together this demo was connecting to the QEMU VNC server and implementing the RFB protocol. As it’s usually the case with Node.JS, the solution was a npm search rfb away.

We have deprecated the Socket#set and Socket#get APIs. Packets now simply get encoded and distributed to other nodes whenever you broadcast, and we don’t deal with storage.

To that end we’re introducing the socket.io-emitter project which hooks into socket.io-redis to easily allow you to emit events to browsers from anywhere:

It’s even easier now to attach socket.io to a HTTP server:

If you want to optimize access to the client by serving it near your users, provide the maximum level of gzip compression (thanks to Google’s zopfli and proper support for caching, you can now use our CDN. It’s free, forever, and has built-in SSL support:

Most of the innovation in the Socket.IO world will happen outside of the core codebases. The most important projects that I’ll be closely watching are the following:

By adding this plugin, you’ll be able to send Stream objects so that you can write memory-efficient programs. In the first example we loaded a file into memory prior to emitting it, but the following should be possible:

And on the client side you’ll receive a Stream object that emits data events.

When you use Socket.IO you don’t care about transports, packets, frames, TCP or WebSocket. You care about what events are sent back and forth. 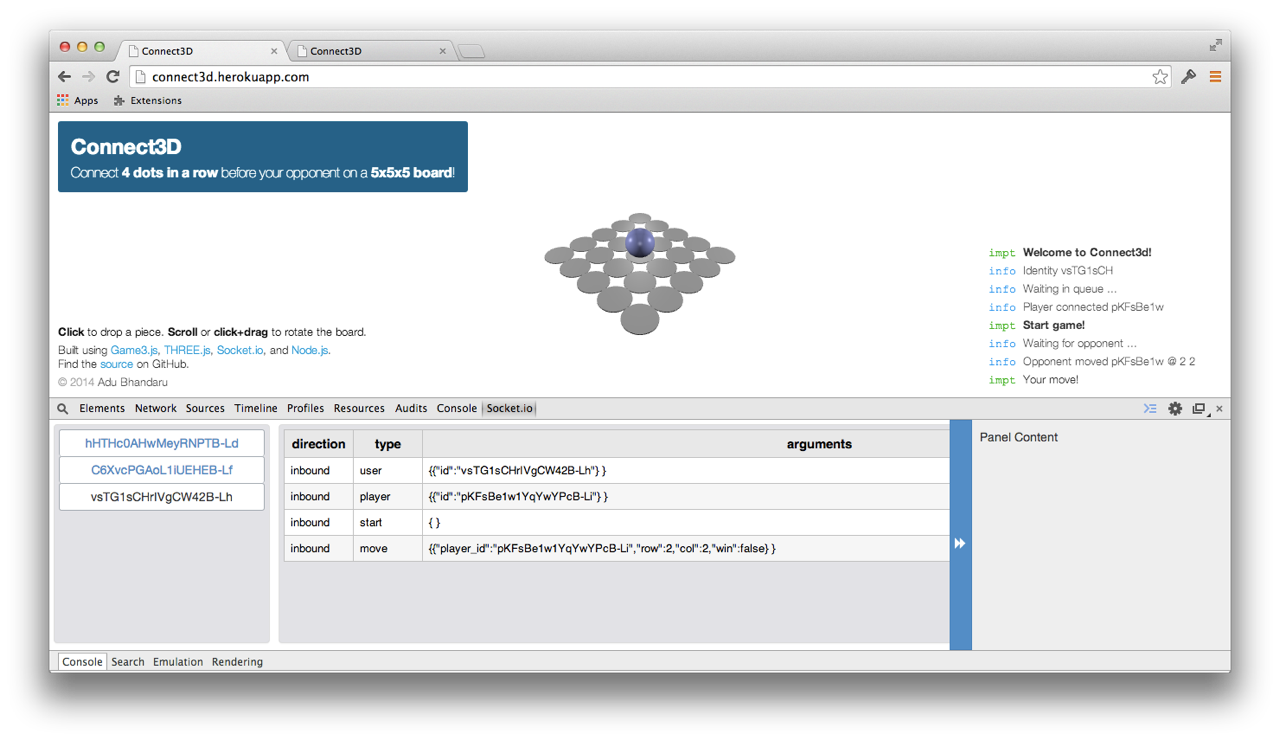 Finally, I’m very grateful to my company Automattic for being a great home to Open Source innovation.